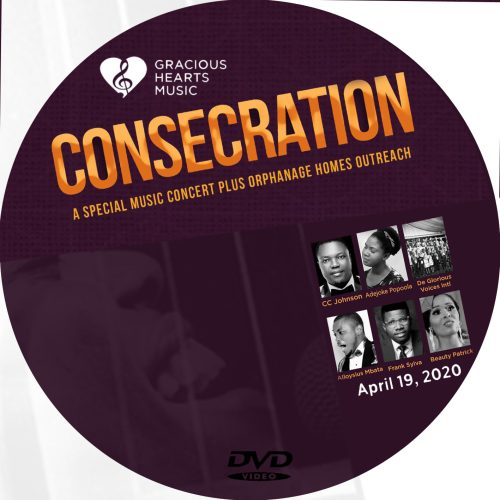 The Consecration concert is first fully virtual concert by Gracious Hearts Music. It streamed live on social media to several thousands of viewers from around the world who were thoroughly blessed. The concert featured Sax legend CC Johnson amongst other stars including De Glorious Voices Intl children choir, King Ojikemba, Adejoke, ‘Mide, Frank Sylva and many more. True to the theme, inspired by the message in 2 Chronicles 7:14, lives and lands were touched during the various music ministrations, prayers and word delivered by Pastor Taiwo Modebayo of Men of Issachar Vision and Pastor Mike Michaels of Celebration Church Intl.

Gracious Hearts Music Limited is a gospel music company that is all out to support young talents and give them a platform to share their gifts with the world.

Are you sure you want to clear your queue?

Please select the language(s) of the music you listen to.